Greetings,
The Artists United Global Festival was born out of the desire to find an avenue to provide entertainment to a world in need of positive influences and a need to employ Artists worldwide. 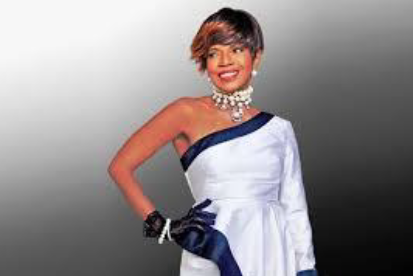 Legends 2.20 Radio is the major sponsor of this event along with Dawnay Concerts. The platform for the broadcast will be provided by Pay Per View Live along with worldwide ticket sales except in Africa which Web Tickets facilitates to enable our African customers to purchase tickets through online sources and by cash at their local convenience stores.

The marketing of the event is multi-faceted that required partnering with PPV Live, Legends 220 Radio, the individual Artists participation, through their social media networks and Namibian Television in South Africa. The efforts of all these participants utilizing Google Ads, FB Ads Manager and local FM stations throughout South Africa, Caribbean and the USA seems to be providing effective exposure.

The goal of this endeavor is to provide some positive influences:
•  Help Artists
•  Contribute to charitable foundations in South Africa
•  Assist NPA Canada by structuring a means for interested parties to donate to the organization
NPA Canada’s desire to help under privileged people in the communities they serve is a worthwhile cause for us to support.

THE BIGGEST ONLINE CONCERT OF THE YEAR 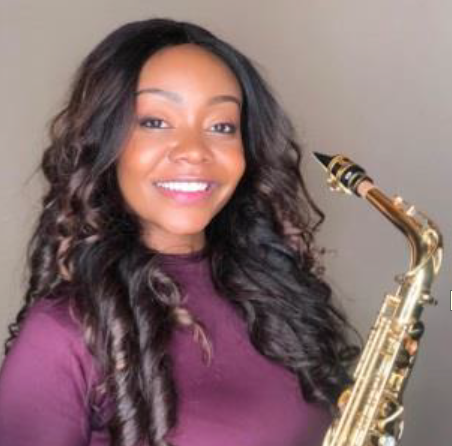 Legends 2.20 Radio and its partners are please to feature Suzy Eises. Suzy Eises is a saxophonist, composer, and educator who hail from the diamond mining town of Oranjemund, Namibia. She has opened for popular international acts Mi Casa and Joss Stone and has shared the stage with musicians such as Jimmy Dludlu, Ringo Madlingozi and Hugh Masekela. Suzy attended a one-year course at the London College of Creative Media in England and attended two years of college studying music at Brigham Young University-Idaho in the United States of America. Suzy has obtained a Higher National Certificate of Merit in Music

Performance from the London College of Creative Media and an Advanced Music Diploma of Distinction from Shaw Academy, UK. Suzy’s most prominent performances include performing at the 2019 Durban Jazz Festival in South Africa, performing a Global Fusion concert in Dubai, January 2020 and performing at the 2016, 2017 and 2018 Namibian Annual Music Awards.

Suzy also performed at Windhoek’s annual jazz festivals in 2011, 2015, 2016, 2017 and 2018. Suzy has worked with and collaborated with popular disc jockey DJ Maphorisa on her album. She has appeared in a music video for a collaboration song with Gazza which appears regularly on international television channel, Trace Africa TV and has reached more than 500,000 YouTube views. She is also a favorite performer for the President and First Lady of Namibia. Suzy has appeared on the BBC News television and social media networks sharing her story and showcasing her work.

Suzy regularly performs at corporate and public events all over Namibia. In Feb 2018, Suzy represented Namibia and performed at the International Music Festival organized by the Musical Bridges Around the World (MBAW) organization in San Antonio, Texas, USA. Suzy has also represented Namibia at the Africa Day celebrations in Dar es Salaam, Tanzania, 25 May 2018 and at Le Wine Chambre in Johannesburg, South Africa in August 2018. Her debut self-titled album was released November, 2017. This earned her six nominations at the 2018 Namibian Annual Music Awards, and she went on to receive the coveted Best Album of the Year and Best Newcomer Awards. In 2019, Suzy studied Jazz at the London College of Creative Media and recorded a piece of music with BAFTA award-winning, Oscar nominated composer George Fenton at the famous Abbey Road Studios in London where Sam Smith, Ed Sheeran and the legendary Beatles have recorded – in May she became the first Namibian musician to record at the legendary studios.

Kitra Williams – Singer/Actress of Oprah Winfrey’s Broadway musical, “The Color Purple,” Dr. Kitra Williams voted outstanding in her leading role performance with Bishop T. D. Jakes’ masterpiece stage play, “Woman, Thou Art Loosed.” and Tyler Perry’s “Diary of A Mad Black Woman.” Kitra sold out to performances throughout the country sending audiences on an emotional roller coaster through her ability to captivate them with her soulful and sultry melodic voice.

Affectionately known as “Kitra” this multi-talented lady is a Producer. Singer, Actress and Life Coach. While working hard in the music industry as most Playwrights and Directors “Preferred Leading Lady.” Kitra finds time through her annual Youth Peace March on Washington to give back to her community as Co-founder along with her son Jayrah Gibson, for America’s First Million Youth Peace March International. Kitra was co-star in Oprah Winfrey’s Broadway musical, “The Color Purple,” staring Fantasia! She was voted outstanding in her leading role performance in Bishop T. D. Jakes’ masterpiece stage play, “Woman Thou Art Loosed” & Tyler Perry’s “Diary of A Mad Black Woman.” Kitra sold out to performances throughout the country sending audiences on an emotional roller coaster through her ability to captivate and embrace with her soulful and sultry melodic voice.

Kitra gained favorable recognition as she repeatedly delivered magnificent show-stopping performances as leading lady with her rolls in the movie Roscoe’s Chicken and Waffles, Tyler Perry’s “Diary of a Mad Black Woman,” Michael Mathew’s hit musical dramas, “Come Out of the Rain,” and “No Place to Lay My Head” and David E. Talbert’s hit musical drama, “The Fabric of a Man,” which sold out across the nation, world- wide in Blockbusters Videos. Kitra was also nominated for a NAACP Image award. Her electrifying appearances on stage leave audiences nothing shy of being in awe!

Kitra has a Bachelor of Arts Degree in Music Education from Cheney State university. (Cheney, PA), Kitra also received an Honorary Doctorate Degree in Theology from Christ is the Answer University (Hollandale, FL). This was surprisingly received at the end of a Shirley Caesar Concert in which Kitra was the featured guest soloist! Most recently, Kitra received an Honorary Doctorate Degree in Sacred Music” from Next Dimension University.

Kitra’s heartfelt passion for youth landed her a position as Vocal Coach and Theatrical Director for the Amazing Grace Conservatory, chaired by actress Wendy Raquel Robinson, co-star of the Steve Harvey Show. Kitra will be opening her own Youth Peace Ambassador performing schools world-wide soon!

Kitra has toured with and honored at her classic Agape Awards ceremony, the likes of Dr. Bobby Jones, Vickie Winan, Kimberly Elise, Jamie Foxx, Debbie Sledge, from the legendary American Idol Contestant Jayrah Gibson aka “RAH” as Co-Founder of America’s First “Million Sister Sledge and many more! Kitra is excited about joining forces with her son, former Youth Peace March International. Amidst his very own exciting career success, writing and producing on the new release of BTS historical CD that sold over 3.4 million in pre-sales, Jayrah has found time to join his mother in her efforts to encourage our nation’s youth against violence and bullying of kind. 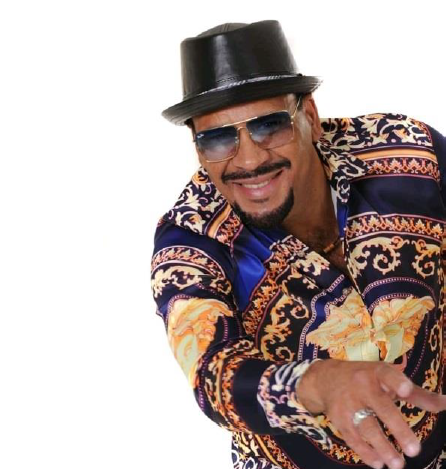 Dawnay is a South African singer, producer and song writer best known for his hit “U Touch Me” which broke records in South Africa when it spent 22 weeks at the top of the charts in 2001, toppling artists such as Destiny’s Child and Shaggy from the No. 1 position. Dawnay opened for Shaggy in 2002.

Dawnay was born and bred in Oudtshoorn, South Africa, in the late sixties, where he was raised and schooled in the burning heat and harsh winters of the Klein Karoo landscape.

His description of being a youngster growing up in an apartheid system does not solely focus on the difficulties that he and his family faced during the struggle. He speaks about how his love of music – kindled from his first memories – formed the foundation of his musical journey. While boycotts and long absences from school remain sharp in his mind, he speaks fondly of spending hours perfecting his sound, listening to Stevie Wonder and Earth, Wind & Fire.

As a youngster, he lived for music and music alone, creating a series of bands with schoolmates and friends along the way. His first musical venture began at the tender age of eight and it was at the early age of sixteen that he was signed on to play in Johannesburg. He has called the City of Gold his home ever since.

In a career that has crossed twenty-five years, Dawnay has expanded his portfolio by becoming a much-loved live performer, songwriter, singer, producer and musician – with the rare combination of drums and vocals remaining his first passion.

Dawnay first made his indelible mark on the South African solo music scene in 2001 with his debut single and album, “U Touch Me”. During 22 weeks on the charts, the track toppled artists such as Shaggy and Destiny’s Child. The single has also been used as the soundtrack in a “Simba” commercial and was the only local song used in the Coca-Cola pop stars auditions at the time.

This success paved the way for a number of follow-up singles – “High … Oops Baby”, “You’re my World”, the solid groove club anthem, “The Real Thing”, “My Baby Tonight” and “Coon Carnival”.

He went on to sign an international deal with Warner Music UK, maintaining – at the same time – his increasingly popular presence on the club circuit in South Africa and abroad.

Dawnay opened for Shaggy’s tour of South Africa in 2002 and his achievements include a SAMA nomination for Best Pop Album, as well as performances at the Waterdome and the Ubuntu Village during the World Summit. He also toured with Paul Simon during his South African Tour, performed in London and the United Kingdom as well as shared the stage with greats like Shabba Ranks & Maxi Priest.

He has been part of the artists’ line up for 94.7’s Joburg Day concert as well as the Jacaranda Pops, where he performed with a 56-piece orchestra and a 60-strong choir. He collaborated with South African artists such as Watershed, Malaika, Dr Victor, Yolanda, Choppa, Eleven and Denim on the SA Artists Relief Project for Tsunami victims, toured France Africa with Yvonne Chaka Chaka and Chiko.

He followed up his first album with “Second Coming”, which featured a brace of new hits like “Brandy” and “Give Me One More Chance” and a third album in 2007 called “Shame & Scandal In the Family”.

Over the past few years, Dawnay has made annual tours to Israel and the Emirates as well as performing on an Island Tour in the Seychelles, Zanzibar and Mauritius. He has dedicated part of his time to in studio projects and more recently enjoyed the role of musical director on “Artists of the 80’s” working in collaboration with the likes of Steve Kekana and PJ Powers.

2012 brings the launch of an exciting new album, “Like me, Love me, Hate me”, notable forthe striking combination of Dawnay as singer-and-drummer. The album offers a collective celebration of his career, including a journey of signature tracks and a selection of fresh sounds that pay tribute to Madiba, South Africa as it is today and life as he believes it should be lived.

Join us as we strengthen our voice and invest wisely in our community.

The National Policy Alliance provides a platform for African Canadians, Canadian Organizations and their communities to unify and collaborate.
Request a free quote

First child dies of Ebola in new outbreak in Uganda

More than a quarter of a billion children better off today